How the Minoans Buried Their Loved Ones

A few weeks ago, we joined friends in a tour to the south side of Crete.

It was a beautiful day.

About five miles south of Rethymnon, we pulled off onto a side road and walked into a stand of trees where we saw this branch. 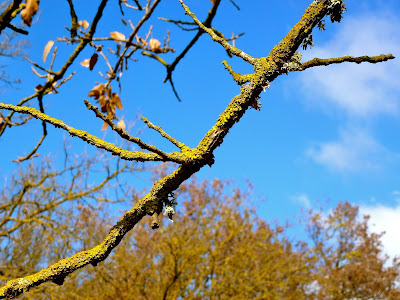 The mossy trees almost glow green. The hill is called Prinokephalo, which means “the hill of the wild oaks.” 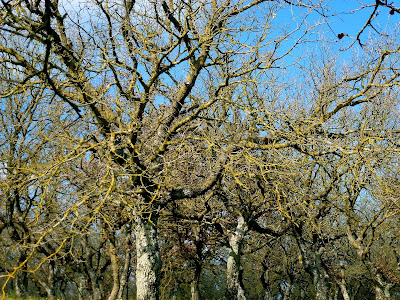 It is such a serene place. Appropriate for a cemetary. 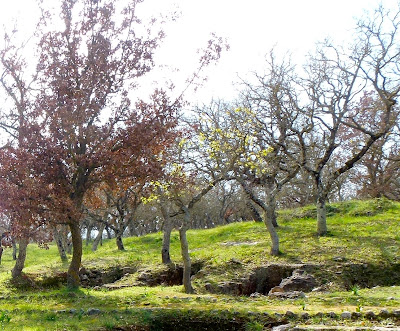 This place is the necropolis of Armenoi. It is where the Minoans buried their loved ones from about 1400 to 1200 BC.

The following is a description written by the Ministry of Culture and Tourism:

"Systematic excavations started in 1969 and 231 tombs, including one tholos tomb, have been uncovered up to the present time. The main characteristic of the Armenoi necropolis is that initially there was an overall plan for the cemetery which included special areas designated for the wealthy tombs and the poor ones.

"However this plan was abandoned during the Late Minoan III B period (c. 1300- 1200 BL) and resulted in a mixture of large and small tombs throughout the cemetery.

"All the tombs, with the exception of the unique built tholos tomb no. 200, were dug into the rock, and each consists of a corridor and a chamber (rock-cut chamber tomb with dromos). The corridor is composed either of a staircase or a ramp. The wealthier tombs possessed tombstones of different sizes.

"Each tomb would probably represent a family group, containing multiple burials, either placed directly on the floor or inside larnakes. The grave offerings - pottery, weapons, tools and jewellery - provide us with useful information on art, religion and social organization of the period.

"According to the osteological analysis the average age at death for the adult males and females was approximately 31 and 28 years, respectively Most of the female deaths occurred between the ages of 20 and 25, probably a result of the dangers associated with childbirth. The chemical analysis of bones showed that the people buried at Armenoi had no marine food in their diets, but in general they ate a fair amount of animal protein and plants. They suffered from a range of infectious and nutritional/metabolic diseases, as well as from dental caries.

"The main finds in the tombs were clay larnakes, fine decorated pottery bronze arms, utensils and ornaments, as well as seal stones and necklaces from semi- precious stones. Among the most important finds are a boars' tusk helmet, a basket made of reeds and decorated with small bronze pins, a steatite pendant with a Linear A and a stirrup jar with a Linear B inscription."

Among the most important of the tombs of the cemetery is this one.

Again, the Ministry of Culture: "Tomb 159. It is the most impressive chamber tomb of the cemetery. The dromos is 15.50 m. long and its outer section is occupied by 25 steps, starting at ground level. A stone bench runs along the four sides of the rectangular chamber and a pillar stands opposite the entrance. Inside the burial chamber an impressive find was uncovered, the remains of a wooden "coffin". The tomb is dated to 1420/1400-1200 B.C."

As we walked around the necropolis, we knew we were walking over many more graves. It is one mindset to visit this place as a tourist of antiquity. It is another to imagine the tears shed on this small patch of Earth. 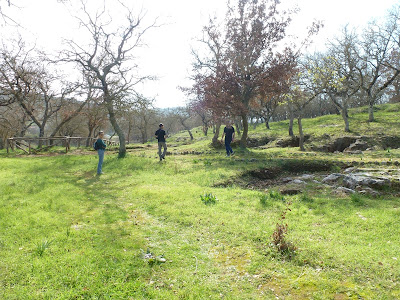 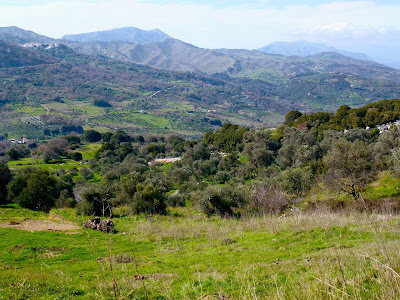 I appreciate comments on the content, but please do not include links to commercial websites without prior approval. Thanks, -Mathias

Mathias....I too felt this was a very special place and your blog captures it well-thank you. I'm not prone to fanciful ness but there was certainly something spiritual about this oak grove and the care that had gone into providing this special resting place for loved ones. We shall visit again next year -I'm also trying to write about it in my blog when I can find the right words

Adrienne,
I would love to read your blog. Please post a link or send me one to mdubilier@aol.com