Of all the cities in Greece that celebrate carnival, our host city Rethymnon is said to have one of the grandest. It is an affair that stretches out over two weeks, with mini-parades, parties, and seranading in the streets.

About 15,000 people come visit this town for the final festivities on Sunday. Why this late in the year, you might ask? Because the Greek Orthodox Easter is later than the Catholic one. This week's "Clean Monday" was the start of this year's lent. And the day before was the climax of carnival.

We found a tiny spot on the lip of a wall to watch the parade.

Our spot was a good vantage point for the parade, but we were directly across from the speakers which blasted disco music at an ear-splitting volume. I resorted to chewing up paper to a soft mush and stuffing the buds in my ears.

The groups ranged from the small-town, like the local dance group above to the modernally-inspired Angry Birds, to the political.

There were a few customes and floats reminiscent of New Orlean's Mardi Gras or Basil's fastnacht.


In the evening an effigy is burned on the beach by the harbor. Someone told us that the best sculpture or float or creation is awarded by being burned. We didn't get to the burning in time to see what was burned. But we were able to watch from our dock across the harbor. 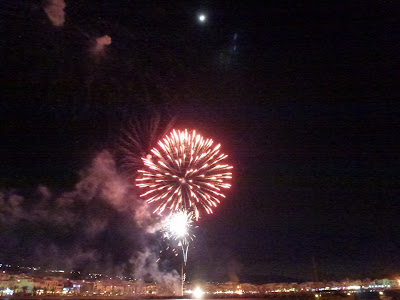 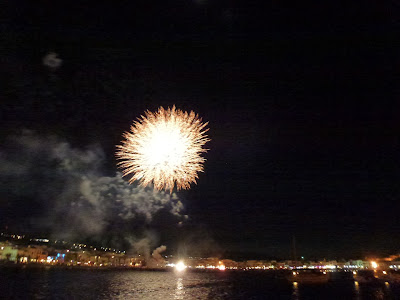 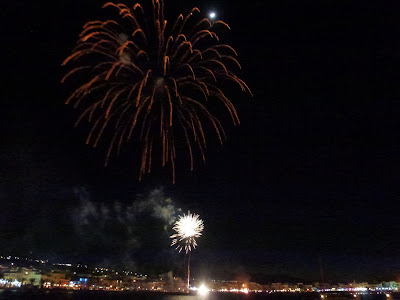 Jennifer and I saw many a young couple holding hands and a few young ladies guiding their stumbling boyfriends. Along the beach was a group of young women consoling one of their own. We walked and thought out loud how hearts would be broken on this day, but that this carnival would also ignite spectacular loves. 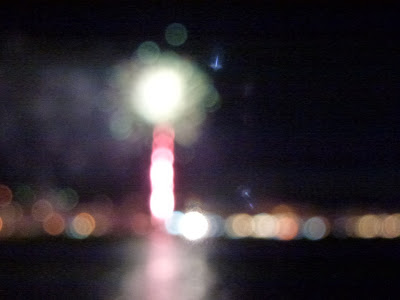 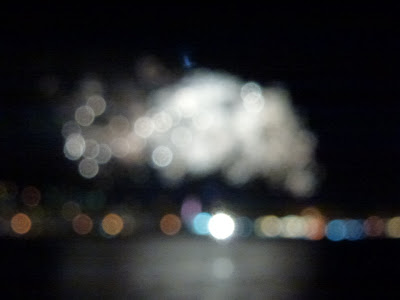 Ahh, that's the love light in my eyes!

...the love of hops and barley, and fermented grapes