The Underground Cities Of Cappadocia

Once upon a time, more than a thousand years ago, an old man sat in the square under a tree on a sunny day.

This story might be from One Thousand And One Nights. Or maybe I heard it from a carpet dealer with whom we sat for a few hours drinking chai. Or maybe I dreamt it. I can’t remember.

Anyway, the old man had served as a soldier in the Persian army but his fighting days were long over. He sacrificed one eye to the empire and all the straightness in his spine. Despite being Muslim, he drank wine and so his respect was as effaced as his clothes were ragged. He sat under the shade of a tree in the square when a young soldier took rest next to him.

“Off to fight the Christians?” the old man asked.

“Yes,” the young solider answered, looking, then double-taking a glance at the decrepit man.

“I was once you. I know you can’t imagine it now, but once I could take you with one hand tethered to my belt. Ah, we were a strong and rowdy bunch, ready to fight in the name of the Lord. Wait, wait, don’t go! You need to hear my story. It might save your life. I won’t be long. Do you have a cigarette? Thank you. So where was I? Ah yes, we were off to fight the Christians.

“Our campaign was swift and glorious for the first few months. Word spread of our victories and it was more than one village that met us naked and on their knees, offering obedience and devotion. We accepted. At a price of course. The village elders needed to be sacrificed. And our men needed satisfaction, if you know what I mean. No, no, sorry to offend. And I never. Truly. Please stay and listen, this is important. Do you have another cigarette? Thank you. Where was I?

“Eventually we came upon Kapadokiyeh or Valley Of The Horses. We had heard it was haunted and a place of evil magic. But we were inked by the blood of victory. Unbeatable, invincible, indomitable.

“We approached the village of Derinkuyu, which I think in their language means “deep well.” We made camp outside the village. We saw the villagers scurry and rush to gather their animals. The locked themselves in their homes and we watched as the village went quiet and the sky dark.

“I was commanded to the third watch. We expected them to surrender at dawn. With the first light we expected a dozen naked men to walk out and kneel.

“I remember that dawn: It broke like a fire set ablaze by a bolt of lightning. The clouds were aflame in ridges of reds, deep oranges and yellows. Then, as if upon seeing our camp of men and horses, the sun itself retreated behind clouds and the day became dull and moist. 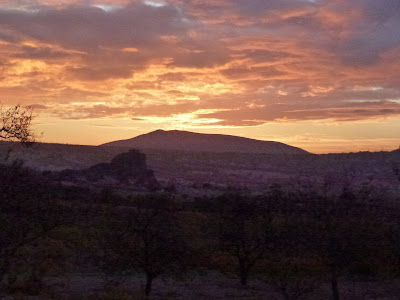 “We mustered and waited for the call. It went out and we thundered into the village, weapons drawn, running, riding, screaming to build up our own courage.

“I was among the first to reach the houses. Surprised that no one had yet come out, we wondered if they were planning some kind of surprise attack. We flung open their doors and rushed in.

“What we saw stopped us in our tracks. What we saw was nothing. Nothing and nobody. There was some furniture, tables and chairs, but no people. Nothing in the homes. No food, no dishes, no clothes, nothing. We went from house to house, finding the same nothing. We kept searching, expecting that perhaps they had gathered somewhere to commit suicide. But the only thing that greeted us behind every door was nothing.

“They had vanished. Disappeared. Like some magic trick. Some of the men starting retreating, saying this was the work of evil forces. I tell you, I myself felt strange. I had seen the men, women and children the day before. I knew my comrades on the night watches and so I knew no one could have escaped the village without our knowing. My skin was crawling with goose bumps. I felt like an animal sensing it is in a trap.

“That afternoon was grim. We, of the night watch, were summoned. We were questioned, beaten and questioned again. It was clear. There was only a single answer: We had fallen asleep and didn’t see the villagers escape. We had failed our duties. We had failed the empire. And this failure could not go unpunished.

“As punishment for not seeing the enemy escape, our sight was to be compromised. And so it was that I, and all my comrades on the night watch, had our left eyes taken from us.

“I know, now you are looking at me differently, aren’t you? But I swear to you as I swear on my one remaining eye, I tell you that not a single villager ever walked from that village that night. We had it completely surrounded.

“No, don’t go yet! I want to tell you something more. Something even more important for you. Surely you have a moment more? No? Then please, do you have a cigarette? Thank you. Come back tomorrow, and believe me, I will tell you what I heard from a soldier who returned not too long ago from a campaign through Kapadokiyeh. He told me about caves under the village. No, wait, it is true! Come back! You must hear this. It might save your life."

For three days, Jennifer and I visited Cappadocia, the region of Turkey near its center. It is a unique landscape, with flatlands that served as Turkey’s bread basket, grapes are plentiful here, and a combination of volcanic deposits, soft stone and hard rock have formed wavy dunes of stone and magical rock towers called fairy chimneys.

It is not known who first carved into the soft rock and towers. Was it the Hittites who ruled the area from about 1,400 to 700 BC? Or was it the Phrygians who followed them? I imagine it started by someone scraping a recessed area for storage. Another family, not to be outdone by the Jones, dug deeper still into the rock to create an entire shelter. Eventually entire complexes with extensive connecting tunnels were created.

Cappadocia is warm and sunny in summer and snow-covered in winter with temperatures dropping down to zero Fahrenheit. (-18 C.) Long before creating livable caves, they must have discovered the moderating effects of stone. Cool in the summer, warm in the winter. The expansion of life into these caves was natural and a self-evident development.

More surprising is what happened in the flatlands of the same region. In the flatlands, the people began doing the same scratching into the firmer but still scratchable bedrock. Did they first start with fire pits? Then, perhaps, storage cellars for food? Or, did they simply apply the cave carving of the neighboring hills to the ground beneath their feet?

Who knows. What we do know is that slowly, room by room, entire villages were created underground. All connected by tunnels, all well-ventilated by shafts. The astounding extent of these complexes is evidenced in the stalls created for horses, cattle and sheep. Carved into the rock are feeding troughs. Tether points are drilled at each trough to keep beasts in their places. Other large rooms were designed for grape-pressing and wine-making. In addition to food storage vaults and living quarters, there were churches and refectories.

Over two dozen of this underground cities are known to exist throughout Cappadocia. It is assumed there are many more. We visited one in Derinkuyu. It has about 200 discovered living quarters in a labyrinth extending seven floors and some 50 meters below the Earth’s surface. There could be more undiscovered parts of the complex. Working on the assumption of about four to five people per living quarter, the underground city could accommodate about 1,000 inhabitants. Some estimate that some underground cities were inhabited by twice that and more.

Contrary to first assumption, these villages did not develop for defensive purposes. Later, however, during the 5th to 10th Centuries, these villages were expanded and became critical refuges for Christians escaping invading forces. Deeper tunnels were dug with defensive designs. At the bottom of long sloping passages were huge round wheels of stone that could be rolled into place as impenetrable doors. In the middle of each stone was a small hole for shooting arrows at the enemy. Above the tunnel, areas with small holes over the passages for spearing the invaders from above.

Escape tunnels were devised as well. It is said, though not proven, that villages as far as ten kilometers apart were connected by tunnels.

It is hard to fathom, in this day and age of instant communication, Google searches and global travel, the extent of isolation, lack of communication and the resulting dearth of information 1,000 years ago. An invading army might never have known about these underground villages. Even if they had heard of them, it was hard to separate truth from superstition.

There might have been stories from old soldiers, but were they believable? Or just the tales of One Thousand And One Nights?
Posted by Mathias and Jen Dubilier at 15:39

stunning....man's ingenuity.....survive and thrive in the most difficult circumstances.....thank you once again for stunning pictures and a story...