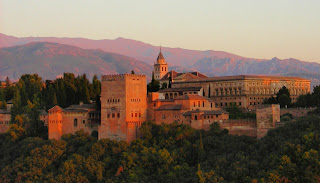 I wanted to write so much more about the Red One. The interior detail of the Arabesques amazed me most. But I have run out of time to write more, so these photos will have to tell the thousand words: 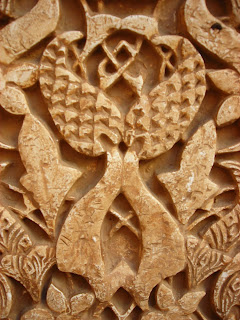 An arabesque detail.
From this panel: 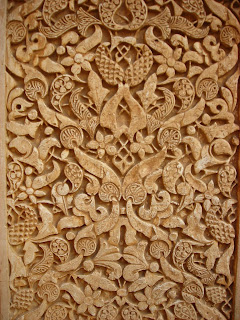 And that panel would just part of a larger wall, or part of an arch like this one: 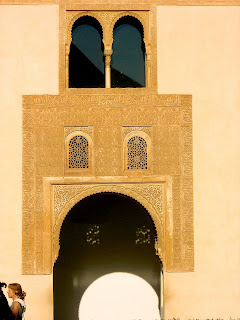 Click on this photo of the arch and appreciate the dappled sunlight coming through the grated "windows."
A fuzzy photo of an interior room, with stalactite, honey-comb arches and more detailed tiling: 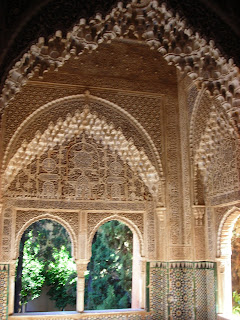 Posted by Mathias and Jen Dubilier at 12:03